Beetroots are the edible root of the beet plant, which has many health benefits. The leaves of the beet plant are rich in Vitamin A while the roots are rich in Vitamin C. The beet plant is a very versatile vegetable and it is used in soups, salads, chutneys and also served as a juice. In Africa, the beet plant is grown mainly in South Africa and Kenya during the cooler summer months, with its availability being highest between February and August. Beets we know today originated in the middle ages from a plant called sea-beet (Beta vulgaris ).  Originally only the leaves were used because the roots were small and under-developed. In about 200 SD, the first documented evidence of Beets with better developed roots appeared in Roman literature, and about 100 years later, evidence of Beets being eaten as a delicacy began to appear.. Beet are very nutritious and in addition to Vitamins A and C, they contain Vitamin B, beta-carotene, calcium, folic acid and lots of fibre. In Africa, Beets are largely consumed after being boiled, with a little bit of salt and butter. Other uses include boiling and mashing into a soup, and including them in a salad. Medicinally beets help to reduce blood pressure. They are also a natural laxative  and can prevent cancers due to the high level of anti-oxidants they contain. 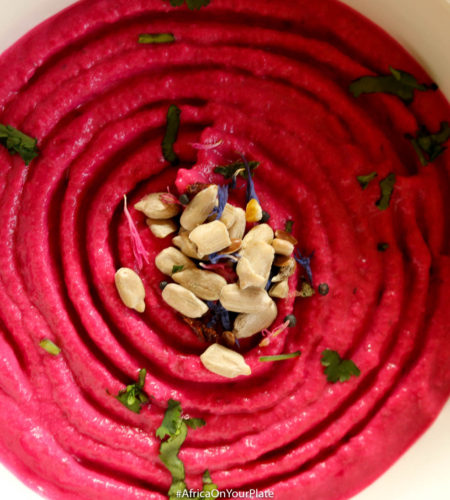